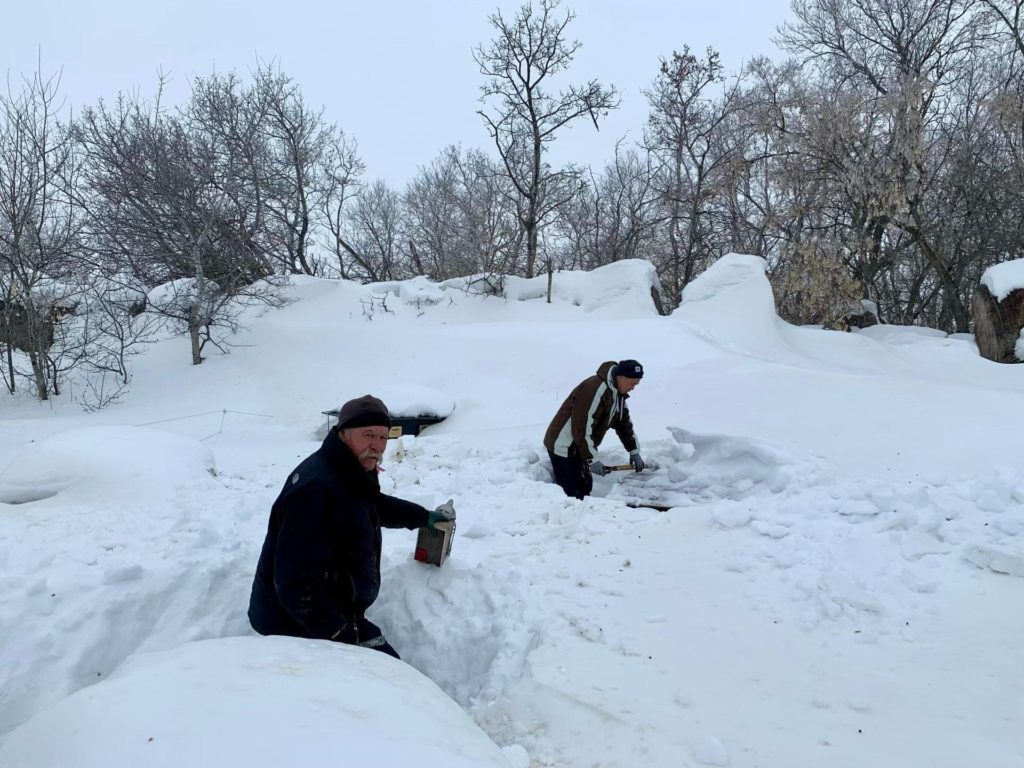 CAPA data is not yet available for the 2021-22 winter as not all beekeepers have had a chance to fully assess their winter losses. Emergency meetings of beekeepers associations across the country attest to the seriousness of the problem. In Saskatchewan, Provincial Apiarist, Geoff Wilson says that colony-loss estimates are a moving target. Flowers haven’t started blossoming yet in Saskatchewan so there is no nectar source and pollen is just now coming on: conditions for bees remain difficult. According to Wilson, early estimates for Saskatchewan winter losses were 30%, but that has been revised to 35% recently. Colony loss rates may rise further as weakened colonies continue to die off and as beekeepers complete their spring hive checks.

Despite these high loss estimates, Saskatchewan may be better off than other provinces. Early estimates of colony losses during the 2021-22 winter in other provinces range from as low as 40-45% in Ontario, to 45-50% in Alberta and Manitoba, to a high of 60% in Quebec. It appears certain that colony losses over the past winter will significantly exceed even the 2007-09 losses at the height of Colony Collapse Disorder.

According to the Canadian Honey Council, 13,000 beekeepers operate 810,000 honeybee colonies across the country. 69% of the colonies are located in the prairie provinces of Alberta, Manitoba and Saskatchewan accounting for 79% of Canada’s annual honey crop. Commercial beekeepers (beekeepers whose primary income is from beekeeping) account for 20% of the total beekeepers but produce 80% of the honey. Agriculture and Agri-Foods Canada estimated that the total economic contribution of beekeeping (including honey production, pollination services and added crop yields due to honeybee pollination) to the Canadian economy was $4.2 – $5.7 billion in 2017.

After struggling through years of artificially depressed honey prices, Canadian beekeepers are finally seeing sustainable bulk honey prices, only to be hit by severe colony losses. What has caused the large increases in colony losses during the past winter is a question looming large in the industry.

For the last two decades, the Varroa destructor mite, a parasite that weakens honeybees and colonies by feeding on the honeybee’s fat bodies while simultaneously transmitting viral diseases, has been the most significant challenge to colony survival. The warm spring and long, dry summer of 2021 provided the ideal opportunity for varroa mites to thrive and multiply. Beekeepers across the country reported exceptionally high varroa levels in autumn 2021. The unremitting cold winter did the bees no favours as they struggled to survive varroa and the viral disease associated with the parasite.

Tim Wendell, owner of Wendell Honey since 1974 and founder of it’s retail sister company Wendell Estate Honey says that the unprecedented winter losses appear to be due to a perfect storm of colony health stressors. Wendell estimates his winter losses at 30% this year, compared to usual winter losses of under 15%.

Wilson and Wendell agree that the rare occurrence of honey dew honey late in the summer of 2021 was a 3rd blow to winter survival. Honeydew honey is produced when honeybees forage not from flower nectar, but from honeydew, an excretion produced when certain insects (mostly species of aphids) feed on plant sap. Honeybees forage the honeydew and convert it into honeydew honey. Wendell explains “Honeydew honey is a rather unique product because of its scarcity. The Black Forest Honey in Germany is mainly honeydew honey and generally commands a premium price. Honeydew honey is rare in the Canadian prairies. If memory serves correctly, I vaguely recall my father talking about honeydew honey, perhaps in 1961, which was another very dry summer. The literature informs us that bees do not winter well on honeydew honey. We feel that honeydew was likely responsible for about two thirds of our overall winter losses this year.”

When asked about his plans to deal with the winter losses, Wendell says that the coming summer will be challenging. “Even with our relatively large investment in raising new queens and nucleus hives last summer, we will almost certainly be short on bees and colonies coming into the summer honey production season. We will be hard-pressed to make an average crop this summer.  With high bulk honey prices and increasing retail demand for Canadian premium raw honey, honey production is important as ever for us.”

Demand for Canadian honey appeared to outstrip supply in 2021. Given the harsh winter and decreased colony numbers, the supply shortage could be even more pronounced in 2022.

Update: you can check out this brief documentary video on how the severe winter of 2021-22 is affecting Wendell Honey Farm.