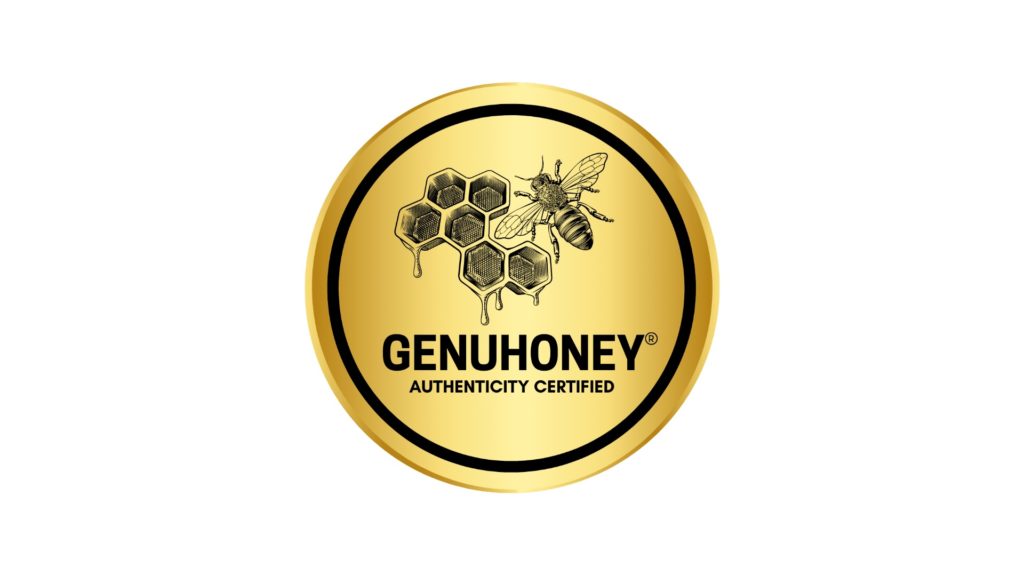 The Food Safety News first broke the widespread practice of honey adulteration in 2011 with an investigative journalism report titled “Tests Show Most Store Honey Isn’t Honey”. Subsequent investigations in North America and around the world have confirmed the pervasiveness of honey fraud, with honey being one of the top three most adulterated foods globally. There are several ways unscrupulous honey dealers, and even some dishonest beekeepers, boost profits by minimizing the amounts of natural honey in their product. The most straightforward form of honey adulteration is to dilute honey with much cheaper syrups made from processed sugars. Another is to feed the bees with sugar water when the bees should be out foraging for nectar. Other fraudulent honey production practices include importing illegal, fraudulent, or adulterated honey, blending it with local honey, and then selling it as domestic pure or raw honey.  Since 2011, the issue of honey fraud only intensified as consumer demand for natural honey rose, while global production of natural honey has decreased. The most recent World Beekeeping Awards in 2019 saw 46% of honey entries disqualified for failing authenticity tests – a shockingly high percentage when one considers that entrants were informed in advance that their honey would be tested.

The practice of adulterating and selling adulterated honey has driven honey prices down for years, threatening the survival of beekeepers across North America. The ill effects of honey fraud extend beyond honey producers. Consumers have been misled and have paid for honey that is not pure, raw or authentic, notwithstanding labels and certifications which state otherwise. Consumers purchase honey which they believe to be local or is represented as local when it is blended with honey from other regions or covers a wide geographic area which can hardly be defined as local.

While governments and honey industry and trade associations continue to deliberate on how to better protect consumer safety by detecting rampant honey fraud, GenuHoney®’s founder acted rapidly, taking a different tact. Rather than joining the cat-and-mouse game of detecting every instance of the rapidly evolving practice of honey fraud, GenuHoney® uses forensic audits combined with the latest laboratory testing technology to verify that honey is both pure and authentic. Unlike any other honey certification in the world, GenuHoney® allows consumers to trace their jar of honey back to the individual beekeepers who produced it.  GenuHoney®’s mission is to protect consumer safety by detecting rampant honey fraud.

The GenuHoney® certification provides independent 3rd party verification of Wendell Estate’s guarantee that the contents of every jar bearing the Wendell Estate Honey name are exactly what it claims: pure, unheated, unfiltered, raw honey. Pure natural honey is a valuable commodity that is expensive to produce. After years of struggling to compete with brands selling fraudulent honey at lower prices, we are very grateful that the GenuHoney® certification enables consumers to make informed choices between authentic honey and fraudulent honey.

Wendell Estate Honey has been the recipient of prestigious international awards including the 2019 Gold Medal for soft-set honey at the 2019 World Beekeeping Awards and a platinum award (highest award) at the 2020 London International Honey Awards. While both of these awards employ independent laboratory testing to confirm purity and authenticity of each entrant’s honey samples, the verification process is not as rigorous as that of GenuHoney®, nor is the message as direct. The focus of the awards is honey quality, judged by taste, aroma, and texture, while the focus of GenuHoney® certification is honey purity and authenticity. Prior to GenuHoney® certification, consumers had to trust the claims made by the brand, or trust that government agencies detect the majority of honey fraud, neither of which have proven to be reliable so far. GenuHoney®, with its independent honey authenticity certification, fills a significant void within the honey industry.